4:00 pm - Echoes from Wuhan: The Past as Prologue Author event with Gretchen Dykstra 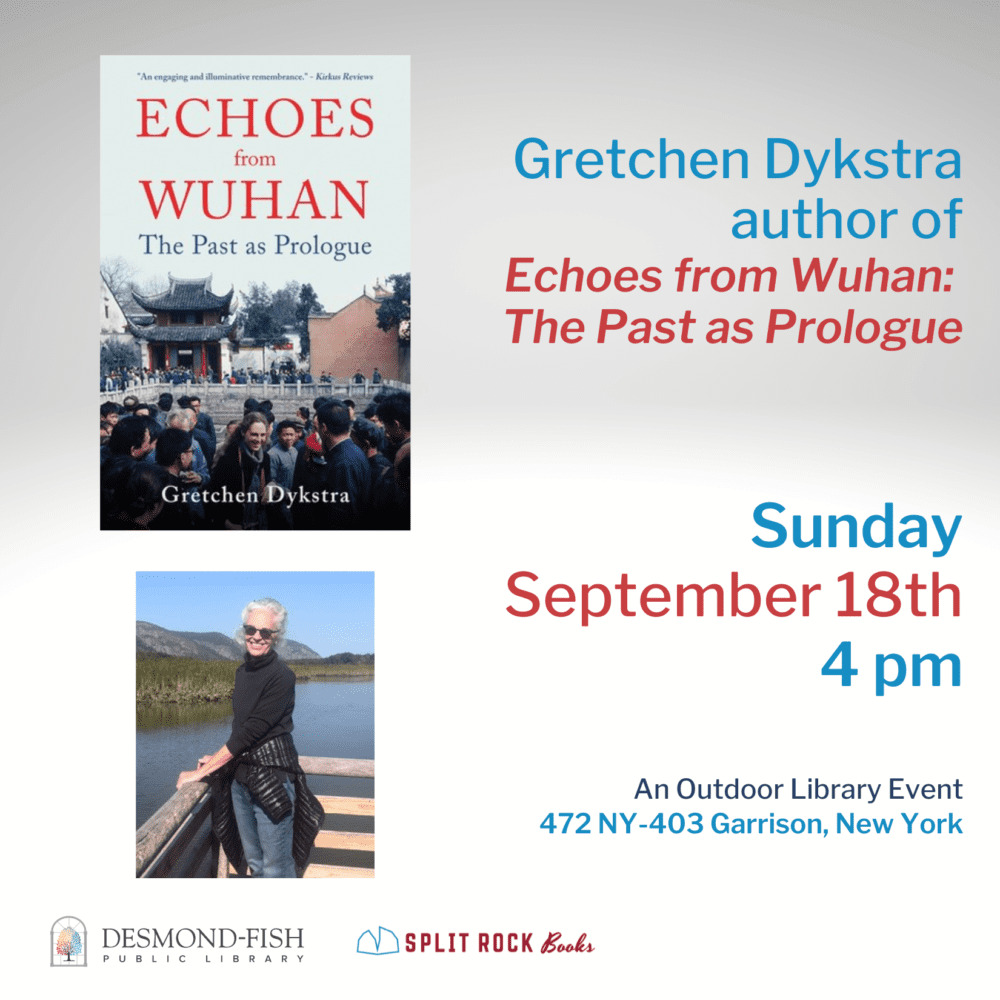 Join us as we host author Gretchen Dykstra for a conversation about her new book Echoes from Wuhan: The Past as Prologue. This visit is co-hosted by Split Rock Books. Books will be available for purchase. Registration is requested.

Echoes from Wuhan tells the dramatic, fast-paced story of a naïve and adventuresome young American woman and how she navigated—well and not so well—the complexities of cross-cultural confusions and clashes in China long ago.

A prisoner of privilege and watched by Party officials, Gretchen Dykstra stayed two years and returned to a career in civic affairs of New York City. She maintained enduring friendships with some of her students and, through those bonds, reveals aspects of an ancient culture that shape modern China.

Gretchen Dykstra does not have a classic “career path”, but rather a rich professional life. She taught in a middle school, worked as a freelance writer, and taught English at a college in Wuhan, China from 1979-1981. Back in New York, Gretchen cut her civic and political teeth at the NYC Charter Revision Commission of 1989. Gretchen is now a writer-in-residence at the NYPL and was a student of William Zinsser who helped her through her first book, Pinery Boys, and inspired Civic Pioneers. After decades in New York City, she now lives in the Hudson Valley, often riding the train back to the City while working on a book about Berea College.