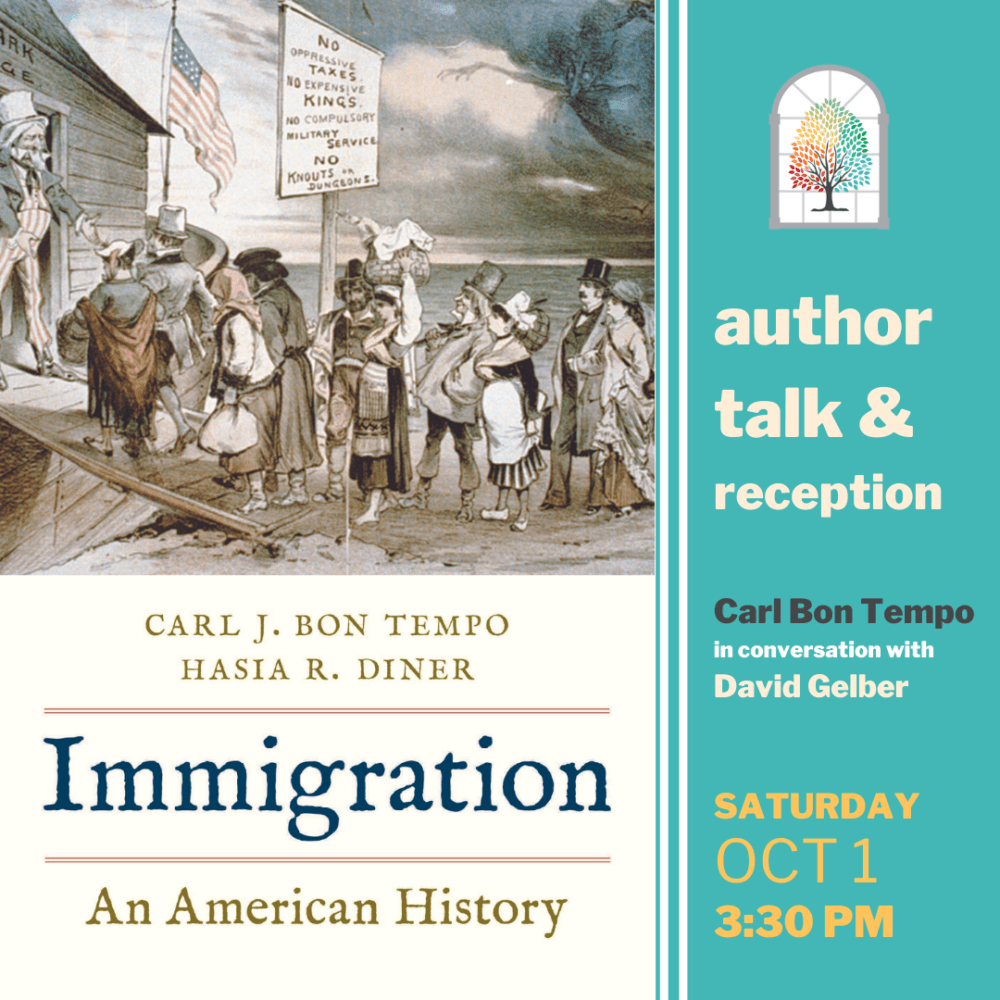 Join local author and historian Carl Bon Tempo and local film producer David Gelber in conversation about Carl’s new book, Immigration: An American History. This visit is co-hosted by Split Rock Books, and books will be available for purchase. Refreshments will be served, and this event will take place on the library lawn, weather permitting. Registration is requested.

The history of the United States has been shaped by immigration. Historians Carl J. Bon Tempo and Hasia R. Diner provide a sweeping historical narrative told through the lives and words of the quite ordinary people who did nothing less than make the nation.

Drawn from stories spanning the colonial period to the present, Bon Tempo and Diner detail the experiences of people from Europe, Asia, Africa, and the Americas. They explore the many themes of American immigration scholarship, including the contexts and motivations for migration, settlement patterns, work, family, racism, and nativism, against the background of immigration law and policy. Taking a global approach that considers economic and personal factors in both the sending and receiving societies, the authors pay close attention to how immigration has been shaped by the state response to its promises and challenges.

Carl J. Bon Tempo is an associate professor of history at SUNY-Albany, where he teaches courses in twentieth century United States history. He is the co-author, with Prof. Hasia Diner, of Immigration: An American History (2022) and Americans at the Gate: The United States and Refugees during the Cold War (2008). His writing and commentary have appeared in The Washington Post, The Hill, The Guardian, Pro Publica, and Vox, among others.

David Gelber is the co-creator and executive producer of THE YEARS PROJECT, which produces YEARS OF LIVING DANGEROUSLY, an Emmy-winning documentary series broadcast on National Geographic.