The Harlem Hellfighters of WWI and the Desmond-Fish Public Library 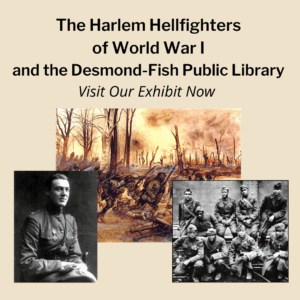 Made up mostly of New Yorkers, and fighting as part of the French Army, the Harlem Hellfighters spent 191 days on the front-line trenches, longer than any other American unit. Despite their courage and sacrifice, the soldiers returned home to face racism and discrimination.

Visit the Library to see our new exhibit about the 369th and its connection to the Desmond-Fish Public Library, or take a virtual tour below. 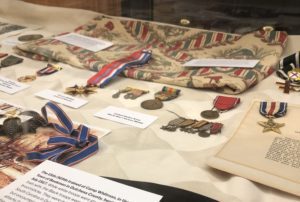 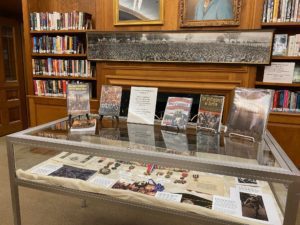 This is a photograph of the 15th Regiment New York Infantry, at Camp Whitman, near Poughkeepsie, New York. It was the only Black National Guard regiment in New York State. Commanded by Colonel William Hayward, it was commissioned to Federal service on July 25, 1917, becoming the 369th Infantry Regiment, later to be known as the “Harlem Hellfighters” for their celebrated bravery. Click to view in full resolution.